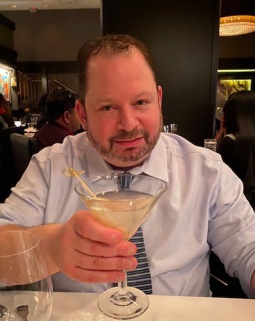 Brian Scott Mednick is an author, filmmaker, and stand-up comedian who graduated New York University's Tisch School of the Arts with a BFA in Film and Television in 1995. Brian spent fifteen years writing and researching a biography of Gene Wilder entitled Gene Wilder: Funny and Sad, published in December 2010 by BearManor Media. Brian is widely considered the foremost authority on Mr. Wilder and his work, and his book has been cited in publications in the United States, Europe, India, and Australia.

From 1990 – 93, Brian served as producer of the syndicated radio program Soap Opera Radio, which featured interviews with the stars of daytime television. Brian has been active in the New York independent film scene, and has worked in various capacities for Geraldo Rivera’s Investigative News Group, Gramercy Pictures, Shooting Gallery, and New Line Cinema.

Brian Scott Mednick wrote, produced, and directed the 1992 short film Confessions of a Male Prostitute, which received a rave from Rex Reed, who wrote, "I am a bit speechless. This is exemplary work...revealing much sensitivity and intelligence. I actually could have hung in there with [these] characters for another hour or so." Mr. Reed further said that Brian has "obvious talent" and concluded, "This short film is so good I would be very keen to see what [Brian Scott Mednick comes] up with in the next few years."  The film has received more than one million views on YouTube.

Brian has reviewed film and theater for such publications as Show Business Weekly and Good Times, and was a regular contributor to The Jewish Voice for nearly two years.  He has also written several in-depth essays for the Library of Congress National Film Registry.

He has performed stand-up comedy at many New York City clubs including The Duplex and Don't Tell Mama. Brian's second book, an anthology called Drinking Games...and Other Stories, was published in 2011, and is available for purchase from Amazon.com and Barnes & Noble. His first novel, Unnecessary Headaches, was published in 2013, and is available from Amazon.com.